A beautiful, wrinkle-free and smooth neck generally rejuvenates the entire face. When the skin naturally loses its elasticity with age, wrinkles and drooping skin appear. These appear faster in the neck than in the face and you look older than you feel. Cosmetic and plastic surgery can provide a quick and uncomplicated remedy through a targeted neck lift and help the patient to look younger.

Advantages of a neck lift

"EVEN AT THE FIRST APPOINTMENT ME, I WAS AWARE THAT I WAS IN GOOD HANDS. DR. DACHO MAKES NO hollow PROMISES, BUT told ME WHAT IS POSSIBLE during the operation and what risks should be observed."

What is a neck lift?

How does a neck lift work?

What criteria must be met in order to perform a neck lift?

What are the benefits of a neck lift?

What complications can occur in a neck lift?

Plastic and cosmetic surgery offer through the neck lift the possibility to make the neck look younger and firmer. The procedure is performed on the neck area of a patient to tighten drooping skin and wrinkles, as well as to remove excess fatty tissue in the neck region. A neck lift can remove stubborn accumulations of fat on the neck, such as a double chin. There is the option to perform the neck lift in conjunction with liposuction, counteracting age-related skin relaxation. A neck lift can be performed as a separate operation or in combination with a facelift.

After the neck lift, fat deposits and wrinkles have disappeared. The skin appears even and fresh. The result is a harmonious neck contour without leaving visible scars on the neck or face.

Usually, neck lift surgery is performed under local anesthesia in combination with a light sedative or general anesthesia. There are two common ways to perform a neck lift.

Platysma plastic is a light form of neck lifting and focuses mainly on the tightening of the Platysma neck muscles. To reach this muscle, a roughly 5 cm incision is made below the chin. The neck muscle is reshaped, tightened and then re-sutured. This incision causes the collar, which is often considered to be a sign of advanced age, to disappear.

Only a small incision is made under the chin and the doctor sucks the excess fat out with a syringe (more on this under LINK). If the skin is elastic enough, it adapts to the new neckline. If this is not the case, an additional tightening will be carried out.

Through a roughly 5 cm long horizontal incision under the chin excess skin is removed. In addition, the neck muscle (Platysma muscle) is shortened and tightened.

Neck lift from the ear

The skin is tightened through a cut behind the ear. As with the other methods, the neck muscle can also be shortened here.

In this method, the doctor places the incisions under the ears, the skin is lifted and part of the flabby skin is excised. In addition, the platysma muscle is also tightened. The skin is then smoothed and sutured with thin threads.

If a massive double chin is to be removed during the operation, larger cuts must be made. Such extreme cases are usually caused by residual fat deposits and considerable skin excesses, which remain as part of a generalized obesity or after a weight loss. In order to be able to remove these, the doctor must work with a significantly larger skin incision, also called Z or W plastic. As a rule, the cuts run in a zigzag shape from the underside of the chin to the larynx. This cutting technique additionally prevents scar-shrinkage in the healing phase from causing shifts in the skin.

In combination with a neck lift, liposuction on the neck and / or a facelift can be performed. The neck lift takes between one and three hours, depending on the intensity and method of the procedure.

A newer method of wrinkle treatment within plastic and cosmetic surgery is the thread lift. It can also be used with a neck lift. By the smallest stitch incision in the outer area of the neck fine, barbed threads are used. They tighten the skin and hold it tight. This tightens and fixes the neck area without having to remove excess skin. The threads dissolve over time, newly formed connective tissue ensures that the neck lift remains.

For a neck lift, suitable patients with excess fatty tissue, which has formed strong wrinkles on the neck and lower jaw line. In these cases, a neck lift offers the opportunity to restore an even complexion. In order to achieve an optimal end result in the neck lift, the texture and structure of the skin of the patient plays an essential role.

Criteria for a neck lift:

• Skin structure of the patient

• Excess fat or skin on the neck

Benefits of a neck lift

Neck tautening is a method of plastic and cosmetic surgery to remove excess and drooping skin and fat tissue and to free the neck of wrinkles. Thus, the neck lift is a method that counteracts the aging process.

The profile of the face and neck is tightened and the appearance of the patient is significantly rejuvenated. Patients gain new self-confidence through the neck lift and get more joy from life.

The neck lift has a long-lasting effect. In addition, the neck lift can be combined with both a facelift and liposuction. This can result in a smoother and clearer result. The remaining scars are very fine and are located on the lower chin and ears. They are barely visible to others and partially obscured by hair or stubble.

In the first few weeks after surgery, swelling and bruising are completely normal and harmless. In case of extensive neck tightening, the occurrence of so-called seromas, i.e. wound water effusions, is possible. These can be easily collected and stopped by using special bandages. A neck lift sometimes leads to a poorer skin sensitivity, which usually lasts only for a short time.

Overall, the neck is usually uncomplicated, the stitches are removed after ten days and the patient can resume a usual everyday life after 1-2 weeks. 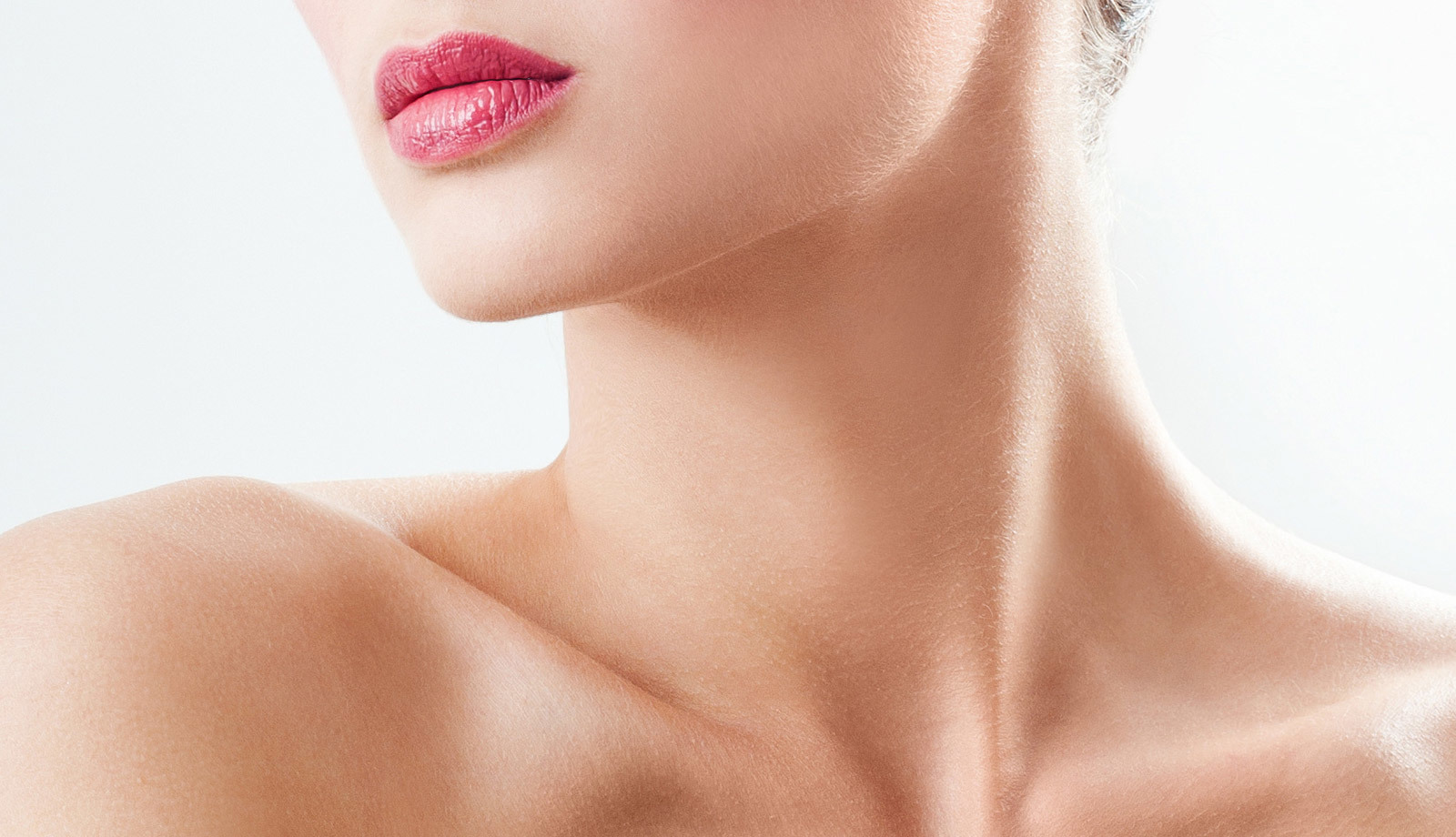